I had my 6 month check up with my psychiatrist today and we were speaking openly about suicide after admitting that I was having suicidal thoughts. We were also discussing the differences in being suicidal and having suicidal thoughts (that is a different post.) He said that 19% of people diagnosed with bipolar disorder take their own life and that equals like 1 in 5. Those odds are shocking for some reason. If you think about the big picture 2.3 million Americans are diagnosed with bipolar disorder. If I did my math right that equals out to 437,000 people. That means there are 437,000 people contemplating suicide most with no support from anyone.I am one of the biggest supporters for the AFSP but how do we fix this? What can we as the mental health community do to combat these odds? There are so many people who can’t afford medicine, therapy let alone see a psychiatrist to properly diagnose and help them. This is something we need to recognize and help each other. We aren’t going to receive any help from the government and there is so much of a stigma attached to us people refuse to publicly support it unless it is a celebrity who claimed to “recover” from it. We need to speak openly and honestly about our struggles. I think we can be the change if we become more comfortable being open and knowing even though they might not understand we can make them care. 1 person loss to suicide is 1 too many. Let’s start the conversation and help decrease these numbers.

I’ve had a horrible cold the last few days and it sucks. I hate being sick but I hate more when my depression turns into something that makes me physically ill which I believe is happening right now and it sucks. I came home from work and put tomato soup in a yeti cup because I am lazy and would rather drink it like that vs sipping it out of a bowl. It really helped my throat and I will say being sick is distracting me from other issues. I sound like I’ve smoked 2 packs of Marlboro Menthol’s a day my entire life. (In my brief smoking period I would only smoke menthol’s). My moods have sucked and I am trying to power through it but it is hard to do. I spend the day with my daughter and husband when I got home from work. My daughter eventually went to spend the night at my moms house so the hubby and I laid in bed eating Zaxbys and watching Better Things. (I am now obsessed with Better Things.) I love laying on Wayne there is something about my head on his chest that is so relaxing. No matter what is going on if my head is on his chest nothing else in the world matters at that moment. I am worried about so much mostly money and all of this. I don’t know what I am doing with this and what direction I want to go. I’ve fallen in love with my book again and I need to publish it but it seems so surreal actually finishing it and letting people see inside. I have a blog entry saved here that I occasionally type on when I’m in the mood but I need to focus dammit get all the pieces together and create the magic that started so long ago. I just need to get there again.

Prince William has revealed that every celebrity he asked to support his mental health charity three years ago refused.

The Duke of Cambridge was speaking at the Davos World Economic Forum when he admitted that “a lot” of famous people were approached to back his Heads Together initiative, but none wanted to be associated with mental illness (via BBC).

In 2017, William, Kate and Prince Harry founded the charity, which aims to tackle the stigma surrounding mental health.

“I still find it very difficult to talk about it.” — The Duke of Cambridge on the importance of talking #MentalHealth, and his own experience working as an Air Ambulance Pilot #WEF19 pic.twitter.com/2nimIAqwiQ

The 36-year-old royal suggested that the wartime generation may have contributed to the stigma attached to mental health issues.

“For some reason, people are embarrassed about their emotions – British people particularly,” William told the audience of business leaders. “A whole generation inherited [this way of coping]. This was the way you deal with your problems: you don’t talk about it.” 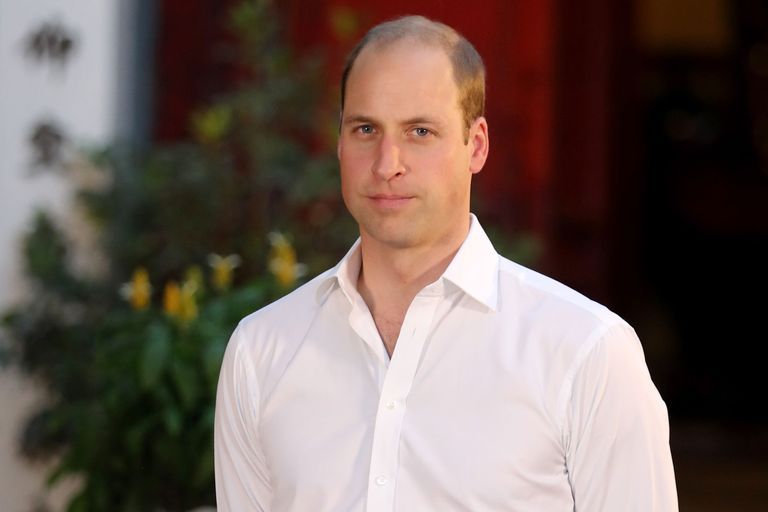 The biggest thing about having a mental health is having support which comes in many forms and sometimes from people you would never suspect. So no this isn’t me gushing again about how amazing my husband is (we all know he is like a saint.) but my support is large and comes from many places like those of you who read my blog and Instagram. Your words of encouragement mean so much to me and the likes and follows on my account make me smile especially when I am having a rough day. Let’s talk about support:

-My best friend who unfortunately had to go through the shit storm that was 2015 with me even though we hadn’t been friends that long she still stood by me the entire time. I was so nasty and hateful towards her so many times and every time I apologized she said, “I forgive you.” She said it so fast without blinking an eye, there was no thought or hesitation she just forgave me every single time I pushed her away or said hateful things that hurt her. I hated her for awhile and saying it now makes me sick to my stomach. I hated her because she was always happy and understanding. I hated her because I was jealous of the type of friend she was able to be and I could never return it to her. I hated that no matter what she was always there because sometimes I just wanted her to go away. I tried to push her away so many times but she never budged. She would text and message me everyday and I wouldn’t respond she is persistent because she never stopped. I think back now to all the people who would run away but instead she stayed and was able to withstand the tornado I was stuck in.She is a true example of a good Christian and an amazing friend. If you are lucky enough to know her keep her in your life good people like her are hard to find.  In case you are reading this I love you. I love you for the amazing person you are, I love you for never giving up on me and for standing beside me through everything for every reason I hated you, I love you for now and I know I’ve told you this many times but I just wanted to say it again.
– Facebook groups- These are a bad idea and after being kicked out of 3 I would advise you to stay far away for them. Older women can be extremely petty more so than younger woman. I was in the first group and became popular/hated because as I will later find out the majority of the women in these group did not have any mental health issues they just wanted to bitch/attention from random strangers on the internet (insert hypocrite with a blog) They also wanted to cause problems where there weren’t any and if any of you are reading this and remember any of the 3 groups I was in you will remember that I told you that you never win if you play dirty and that is why all of you had a fall out you created problems that weren’t there. You also need to not lie about having DID because it is a serious illness and almost impossible to diagnose so to all of those bitches please suck my dick. Just don’t promise it isn’t worth your energy
– Tater- If you are friends with me on Facebook or seen post on Instagram I have a friend I call Tater. Where did Tater come from? I have no idea but it just works so I call her Tater. I’ve only known Tater for almost 2 years but she saved my life and we’ve never met. I live in Georgia and she lives at least 500-600 miles away. We met on one of those Facebook groups (the only good thing to ever come from it.) It was 2017 and I was manic and suicidal. I kept going live on Facebook while I was popping pills and drinking whiskey (that was the smartest thing I ever did.) and on the last one I took a bunch of pills and she called my husband. This woman who at the time new me for a couple of months blew up my husbands messenger, phone and whatever else she could to get in contact with him because I passed out and I don’t know what  would’ve happened if no one knew what I did. After that we became twins and instant best friends. We are there for each other in a way that is hard for other people because we share the same illness. It makes our friendship hard at times because two bipolar people can offset the other, but we make it work and just like every relationship I am in with people it is complicated but I love her and hope to meet her one day the person that saved my life.
– Anonymous 2- I have to limit these two because of other privacy reasons but I love both of them. Anonymous 1 was the very first person to read my book. I have a great deal of love and respect for them. They also knew when things were going bad and would deal with me in a different way. They were a security blanket for me and even though they aren’t in the same area anymore we talk all the time and I know if I ever need something they are there. This person saved my life multiple times and also would call bullshit on a few things I did. They are one of the biggest influences in my life and it is amazing how in such a weird circumstance we met and became friends. Anonymous 2 is the same thing. I want to say more but I can’t. Thank you both! I love you more than words can ever express.

I am so blessed to have such a large support system because it is something hard to find. I wouldn’t be where I am without them.